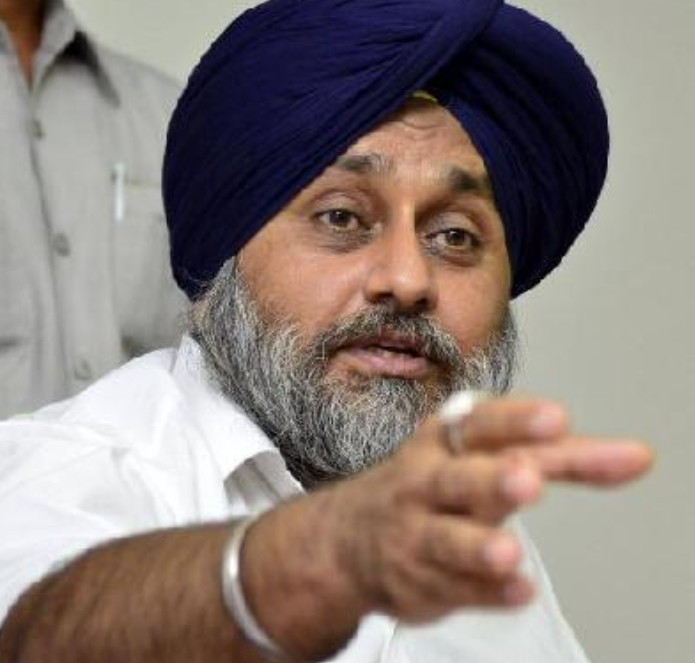 Fazilka (Punjab), February 8 , 2021(ANI): Shiromani Akali Dal (SAD) President Sukhbir Singh Badal on Monday asked Prime Minister Narendra Modi not to link the farmers’ agitation with any one religion or community and said farmers from Uttar Pradesh to Kerala were united on one platform against the three agricultural laws.

Speaking to the reporters after addressing ward-level meetings in connection with the forthcoming municipal elections, the SAD President appealed to the Prime Minister to talk on the agenda and focus on giving justice to farmers instead of linking the agitation with any one community.

“We should all be clear that the farmer is fighting for the welfare of the ‘anna daata’ at large and we should not try to divide this struggle by trying to limit it to one religion or community. This will not serve any purpose except alienating the government amongst the farming community,” Badal said, according to a release issued by the SAD.

Many farmers, mainly from Punjab, are protesting for over 70 days on the borders of Delhi against the three newly enacted farm laws.

India is very proud of the contribution of Sikhs towards nation-building, said Prime Minister Narendra Modi in Rajya Sabha on Monday while replying to the motion of thanks on President’s address.

“This country is proud of every Sikh. What have they not done for this country? Whatever respect we give them will always be less. I have been fortunate to spend crucial years of my life in Punjab. The language used by some against them and the attempt to mislead them will never benefit the nation,” said the Prime Minister.

Badal also condemned the state police for not proceeding against Gidderbaha legislator Amarinder Singh Raja Warring even after it was clearly mentioned in the suicide note of contractor Karan Kataria that Raja Warring and the latter’s brother in law Dimpy Vinayak were both demanding money from the contractor, read the release.

“It was shocking that even after the death of the contractor who shot himself and his family members the police was not booking Raja Warring in the case. SAD will provide all necessary assistance to the victim’s family and ensure justice is done in the matter”, he said.