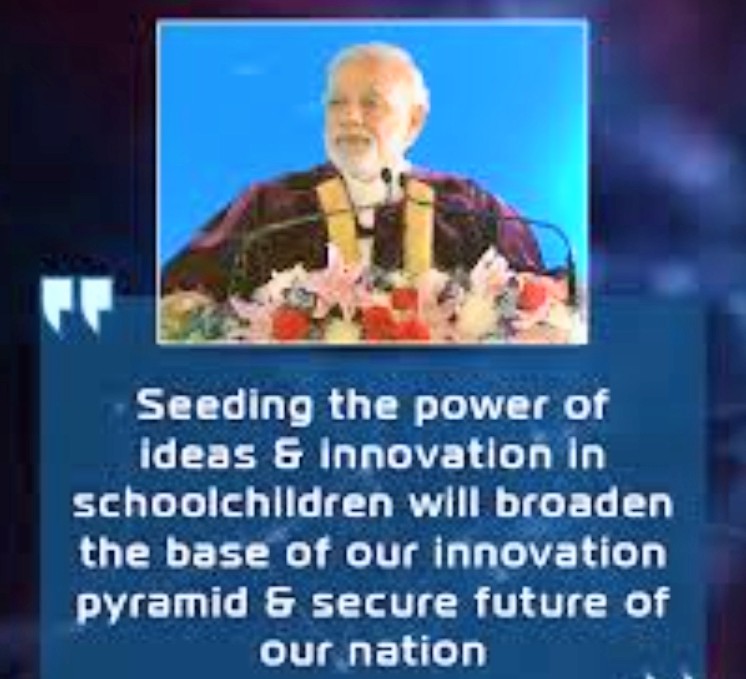 Seeding the powers of idea and innovation in schoolchildren

On the International Day of Women & Young Girls in Science, Ministry of Women & Child Development in association with Ministry of Education and MyGov, Ministry of Electronics and Information technology launched an online campaign to celebrate women who have carved a niche for themselves in the field of STEM and also encourage young girls who aspire to excel in STEM and contribute towards nation building. The campaign honours our young girls from across the country who have performed well in the subjects of Maths and Science & encourage these STEM STARS to make us proud in days to come. This initiative is as per the vision of Prime Minister Narendra Modi of “Seeding the powers of idea and innovation in schoolchildren will broaden the base of our innovation pyramid.”

The International Day of Women and Girls in Science is the 11th day of February, by resolution of the United Nations General Assembly on 22 December 2015. The day recognises the critical role women and girls play in science and technology. The day’s purpose is to promote full and equal access to participation in science for women and girls.

The PM Narendra Modi has always been at the forefront of raising awareness on gender equality. He has gone on record in the past to support ‘women-led development’, above and beyond women empowerment.

Whenever given the right opportunity and platform, women have always showcased their vigour and grit in doing something big for the upliftment of the society and building an India of our dreams. They have always proved their mettle by excelling in their given fields. Be it Padma Shri Dr E. K. Janaki Ammal, Anandibai Joshi, Dr Susama Panigrahi or our numerous female scientists who have been successfully handling their scientific projects or missions. Women have always done our Nation proud.

To further nurture and encourage young girls in the field of Science, Technology, Engineering and Mathematics, the government is persistently working towards increasing the percentage of women in these fields, with a focus on encouraging young girls to pursue STEM subjects right from school onwards to higher education. Thus, dismantling traditional, predictable systems of what girls and women were supposed to pursue.

As part of the campaign, citizens can congratulate a young STEM Star from their State / district through a personalized card & encourage them to pursue these subjects which are critical for the growth of any Nation. More than 700 such STEM Stars have been featured on MyGov todas.